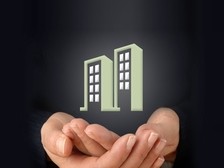 Is there enough money in our Capital Works Fund?

This article asking how much capital works fund is enough has been provided by Blake Rooney, Leary & Partners. We regularly receive this query. Most owners are aware of the importance of the Capital Works Fund Forecast (formerly called Maintenance Plans or Sinking Fund Plans in some states) and the impact it can have on:

Not to mention that in most states it is a legal obligation to maintain the common property, usually by way of a capital works fund. Ultimately, if there is not enough money in the fund to pay for necessary common property works, each owner will be hit with a special levy. It is reasonable then for a diligent owner (or potential owner) to question the adequacy of the current balance.

So, how much Capital Works Fund is enough?

On the face of it, there are normally too many variables to comment without further investigation. The current balance in isolation is only a small part of the equation. For example, a building may have recently finished a major external paint, depleting the majority of the reserves. In this case, simply having a low fund balance may not necessarily indicate that the scheme is underfunded. Of course, there may be extreme situations, such as a three hundred lot high rise with one hundred dollars in its fund, where it would be safe to automatically assume that the fund balance is too low. What is required to answer this question is a full analysis of the building’s specific design, inclusions, amenities, features, age, history and condition. Typically, the items which have the greatest impact on the sinking fund expenses (and in turn the required fund balance) are:

The other major influencing factor is the building’s age and whether some of the very long term, high cost items, such as window and balustrade replacement are imminent. It is these physical considerations, together with the current balance, that we scrutinise to calculate an adequate contribution level and minimum balance going forward.

Are you holding too much money in your Capital Works Fund?

Having too much money in the fund could be just as concerning to owners. In some ways however, assessing whether the balance is too high can be easier than assessing if the balance is too low. We come across schemes where it is immediately evident that the current balance is too high and for whatever reason, the scheme is grossly overfunded. Cases where the capital works fund balance is so high that the owners could effectively exist solely on the bank interest they’re earning on the balance and never have to contribute further levies. Though this situation occurs infrequently and is generally a result of the committee receiving poor advice, or having made poor decisions in relation to the maintenance requirements for the scheme.

Is there a ratio between the administrative and the capital works funds which you can use to set your levies?

Unfortunately, there is not a reliable one size fits all shortcut formula for schemes. There is no known industry accepted data on this. Indeed, using an arbitrary ratio to set sinking fund levies would actually be considered highly irresponsible. Potential variables such as being in a layered scheme, having a strata manager or on-site caretaker, the cost of insurance premiums, external income (such as telecoms rental of roof spaces) and a building’s energy efficiency will affect administration and maintenance costs differently. For example, a large building may operate co-generation plant which drastically reduces administration costs by lowering power consumption, while increasing long term maintenance costs which burden the capital works fund. These site-specific variables will skew any preconceived ratios between the funds. Even in small schemes factors such as the extent of painting and the painting access/scaffolding requirements can vary major maintenance expenses in ways unrelated to the administrative budget. Additionally, the dynamics between the two funds will alter over time. As a building ages, the burden on the sinking fund for major maintenance expense increases, while the administrative fund expenses are likely to remain more stable.

So how do you check the balance?

For owners concerned that they may be under or over-funded, the only way to be sure is to engage a professionally qualified Quantity Surveyor, who is specialised in strata, to assess the variables mentioned above and recommend an appropriate contribution level. With a professionally prepared Capital Works Fund Forecast, which the scheme actively adopts, you can be assured that the long-term funding is appropriate. This will allow you to worry less about the adequacy of the balance at any particular point in time.